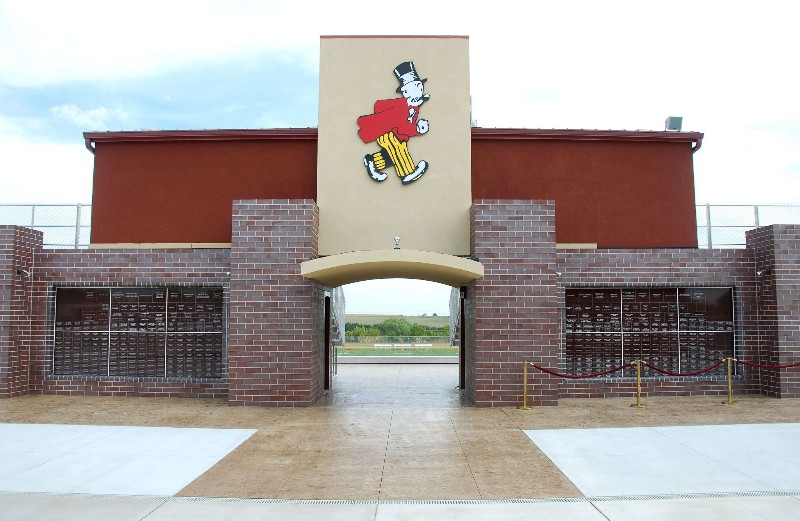 Fairbury has a rich and storied athletic history. While winning many state and conference titles, the Jeffs have always been known for fielding quality teams with outstanding leadership from its coaches and players. Most importantly, the student athletes at Fairbury display “Jeff Pride” in competition at every level.

Fairbury also has a long history of excellent track teams and built one of the first all-weather track surfaces in 1965. The track was utilized by both Fairbury Public Schools and Southeast Community College for many years. There were several renovations to the original track, the last of which occurred in 1988. A new track was built at the Jefferson School site in 2005 at a cost of approximately $225,000.

The Fairbury athletic complex is the result of many volunteers and dedication to the project by school and community leaders. The building of this complex did not come easy to our community as there were several failed attempts to build a new facility at this site. When the 1989 Junior/Senior High School was built, the intent was to move the athletic field as well. Additional strategic plans for a new track and football complex were initiated in 1991, 1993 and 2002, but all of these attempts failed to gain the financial support of the school and community.

In March of 2003, a group of concerned citizens met to discuss the history of the failed attempts. This group determined that the best alternative was to build a new complex southeast of the 1989 building and that fundraising efforts should begin immediately. Chuck and Sharon Moore volunteered to co-chair this project and what you see today is the result of over five years of fundraising efforts.

Total project cost for the Fairbury Athletic Complex is estimated at 1.6 million dollars. To date, over 860,000 has been donated through pledges and labor with the school contributing another $325,000. Fairbury Public Schools is extremely grateful to the many that made this athletic complex a reality. The athletes, coaches and entire community will benefit from this project for many generations to come!

If you would like to donate to this project, there is still time. Your continued support of this project through your donations will be greatly appreciated and is tax deductible. There is also room on the donor wall and names and be engraved for your contributions at any level. Please mail your donation to: Fairbury Athletic Complex, PO Box 136, Fairbury, NE 68352